Popestars - A Tribute to GHOST 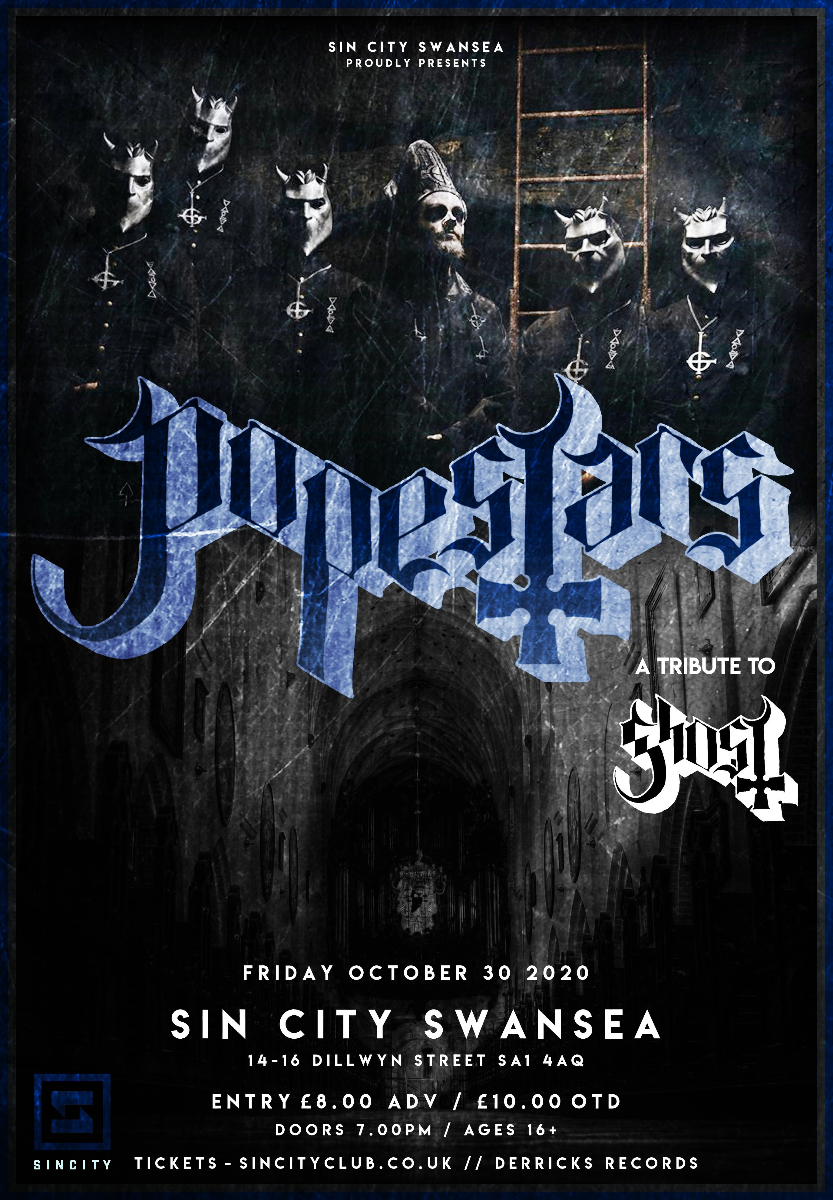 Performance Date
Performance Name
Performance Info
Performance Tickets
Popestars - A Tribute to GHOST7:00 PM
Sin City, Swansea
Buy Tickets
Popestars are the UK Chapter of the devil worshipping ministry of Ghost, that in order to spread its unholy gospels and, furthermore, trick mankind into believing the end is ultimately a good thing, have decided to use the ever so popular rock music medium as a way to achieve their ends.

Summoned on the summer solstice of 2018 in the grucifix cave within the mount of Tigguo Cobauc to perform the gospel of ‘Meliora’ at the chapel of The Angel above the cave. This performance caused the longest lunar eclipse in a century, turning the moon blood red and drawing Mars to its closest point to Earth.

Five Ghouls were sent by satan and whilst they remain nameless, these ghouls are special as they have been secretly infiltrating the heavy metal bands of the UK, you may have already unknowingly been in their presence! Lucifer also sent a new Papa to lead the band, assisted by a Sister of Sin.

To prepare for church refer to the four gospels, ‘Opus Eponymous’, ‘Infestissumam’, ‘meliora’ and ‘Prequelle’. For further listening refer to the books of ‘If You Have Ghost’, ’Popestar’ and ’Ceremony And Devotion’.

Popestars - A Tribute to Ghost